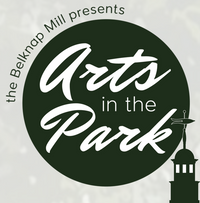 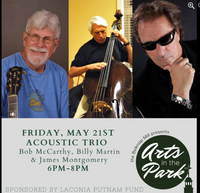 The Bell & Brick concert begins at 6:30 pm and is live-streamed on our Facebook page or via our YouTube Channel.

Bob McCarthy (guitar)  is a songwriter, composer, guitarist, mandolinist, and vocalist who began his musical career in New York and Boston-Cambridge area coffeehouses and college concerts in the late 1960s. Bob has an easy presence which, combined with tasteful guitar work and a rich voice, makes him a captivating and extraordinary performer, drawing on many styles, including elements of folk, bluegrass, Celtic, Brazilian, gospel, jazz and rhythm and blues. In the middle to late 1960‘s, during his earlier days in New York, Bob performed at Gerde’s Folk City, the Cafe Wha? and many other Greenwich Village coffeehouses. While performing at Folk City with Tom Chapin and Mount Airy in the early 1 970’s, he received the following review in the international entertainment newspaper Variety which said of his performance, “His work on six-string acoustic guitar stands out in jazz instrumentals and seems unhampered by delivering solo stylings usually associated with combos.” Quoting from the Boston area college newspaper, Pennon, “Bob McCarthy is one heck of a lead guitarist who’s musical interpretation is pure genius, comparable to Dave Mason and Jimmy Page.” Dave Martin (drums)  moved to New England 25 years ago from Cincinnati, Ohio. He teaches Graphic Design at Plymouth State University and has been playing drums and percussion for over 40 years in a variety of bands and music genres.” Billy Martin (bass)  was an original member of the James Montgomery Blues Band in Boston in 1967. He attended the Berklee College of Music in the early 70’s and in the mid-70’s studied composition, performance art and primitive music history with contemporary composer Bernice Schlemowitz.  He has a BA from the Eastman School of Music where he studied orchestral, operatic and solo literature for the double bass under James Vandemark and Oscar Zimmerman.

Bob McCarthy in the big room

Bob McCarthy in the Big Room